I feel like New Years Eve is a little overrated. There is always such hype over the night and how you just know that this year will be different. This year will be your year. The year that you get your shit together, save money, lose weight, quit the job you fucking hate, travel more etc etc.. we all know the drill.

However, New Years Eve 2015, I was confident that 2016 really would be my year. I had realistic goals, motivation and I was ready. I had the best New Years ever spent in Sydney with Scott and my amazing friend Elyse, watching the Sydney Harbour fireworks which was one of the items on my bucket list and it did not disappoint!

Fast forward to the 9th January 2016. A friends’ 30th birthday house party – Action Hero themed. I went as the Black Canary. Who by the way, is one of only a few blonde female action heroes!

Nek minut it’s 10pm-ish, I’m standing on the couch belting out the words to Tenacious D’s Tribute, when my good friend Jason, who also happens to be Scott’s brother, comes along and lifts me up off the couch and into the middle of the dance floor… I think you can probably guess what comes next right? I’m lifted up, hit my head on the ceiling, he slips and loses his balance, I fall and the almost 3 metres and land on my neck, on the ceramic tiled floor..

In our defence, both of us were no where near being classified as ‘drunk’ ..I’d say more happily tipsy? I have no memory of being picked up or dropped, the next thing I can recall is sitting on a chair surrounded by faces, spitting out bits of my teeth and demanding that those bits of tooth are kept because otherwise no one would believe that this had ever happened… lol.

I go upstairs and lay down with a headache. Scott is called to come and pick me up and I’m irrationally terrified of his response thinking that he will be mad at me. He’s not. We go home, I take an Endone (wtf was I thinking?!.. obviously I wasn’t) and go off to sleep.

6:30am comes and I’m up and vomiting. Roughly every 15-30 minutes until 2pm. Finally I admit that something is probably wrong and I can’t possibly be this hungover as I didn’t drink enough the night before to be spewing like this. Off we go to the nearby hospital.

The emergency registrar was convinced it was just a soft tissue injury, concussion and a hangover. Luckily for me, she didn’t have the last say and the consultant requested a CT scan. The doctor returns with the results saying, “The good news is, you have no brain swelling or injuries..” I could tell there would be a “but..”

“But.. you do have a fracture to the C7 vertebrae”

What the actual fuck. Like, who does that? Who just breaks their neck? I had zero numbness, zero tingling, zero symptoms really at all apart from tenderness where the fracture was and a concussion! I literally couldn’t believe it.

I was transferred to a larger hospital and put in the Neuro Ward. With 3 elderly men with dementia who loved to come and visit my bay in the middle of the night for a harmless chat. Bless.

Thankfully the break was stable and I didn’t need surgery. The worst part was I did need 5 nurses to help me go to the toilet! One at the head, two on either side to roll me. I had to stay flat on my back and could have the head of the bed raised to 30 degrees only. As someone who hates sleeping on their back, this was like torture. 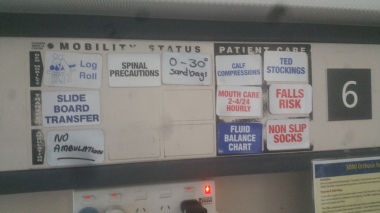 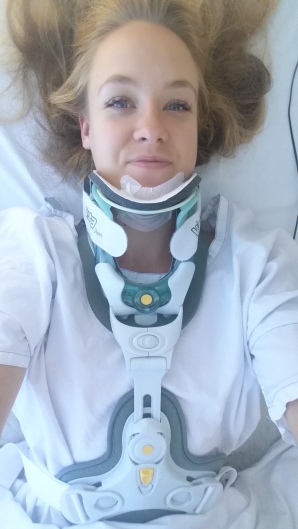 I was in here for a week and put into a neck brace called an Aspen collar with a thoracic extension which went down my chest and around my waist. I wore this for 2 months, had rehab for the rest of the year and only just returned to work in April 2017

. Considering I broke my neck, I have been so incredibly lucky. I had no neurological or physiological symptoms, I didn’t need surgery, I didn’t need a halo brace and I have had no lasting issues apart from the occasional stiff, sore neck after a long day or a weird sleep. I feel so grateful that if I was going to have such a serious injury, that this is how it happened. I still can’t really believe it ever happened.

It’s safe to say that my 2016 did not go how I was planning on New Years Eve, but it did teach me a lot of valuable lessons about life and about myself. 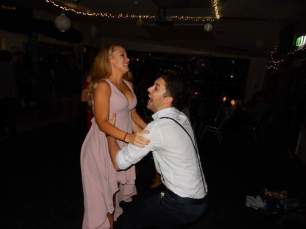 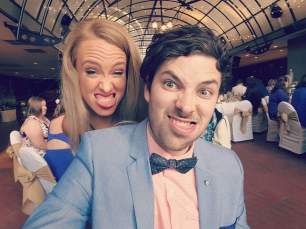 4 thoughts on “That Time I Broke My Neck.”